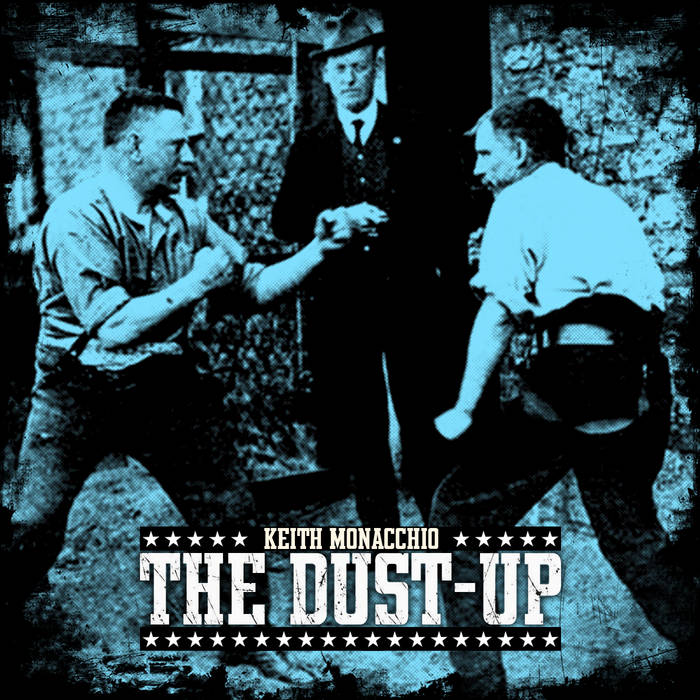 In September 2008, Keith Monacchio, formally of the bands The Commons and The Semibeings officially launched a standalone career. The Long Evening, his first solo record, was released in 2010 to stellar reviews and the album ended up on several year-end “Best of” lists. In 2012, Monacchio released the Tips, Drinks and Gas Money EP to similar acclaim and more year end “Best of” lists and songwriting awards.

His latest offering is called The Dust-Up. Comprised of 10 exciting and intimately composed songs. The Dust-Up is yet another Sean Glonek production that pulls the absolute best out of Monacchio’s very soul. The Dust-Up is some of Monacchio’s best music ever. His working relationship with Glonek is the perfect blend of songwriting craftsmanship and technical prowess. Warm and toned songs such as “Angels on the Horizon”, “Saber-Tooth Tiger” & “The Wheat Field” show the emotionally charged method of Monacchio and his lyrical accomplishments. Monacchio and crew of top-notch players churn across the vast open plains to get the listener to their personal salvation.

Other songs such as the wildly popular “The Bridge”, “Where You Live, I Live” to the confessional “Allenhurst” & “Bad Girlfriend” tear straight across the aural path to find individual power and success and bury themselves right in the heart of the listener.
Another fantastic song packed with excellent arrangements and horns aplenty is “A Little More Time,” a robust and swinging song in the traditional vein of Booker T and The MG’s. Filled with a blues swagger and soul-based feel, Monacchio also covers the bases on acoustic-based numbers as well. Songs such as “Million to One Shot” present Keith as the troubadour he truly is, delivering verse after introspective verse of lyrical prose. Trading harmonica riffs with acoustic guitar magic, Monacchio provides folkie goodness in the traditional style of the masters.

The Dust-Up closes with the track “I Won’t Give Up. A song about unwavering faith in oneself. This record runs the gamut when it comes to musical styles and sounds. From rock-based compositions to alternative sounds and spins on folk and down home blues, Keith and crew weave an extremely addictive tapestry of musical worth.


This record is dedicated to my son. The brightest light these eyes have ever seen.

Bandcamp Daily  your guide to the world of Bandcamp